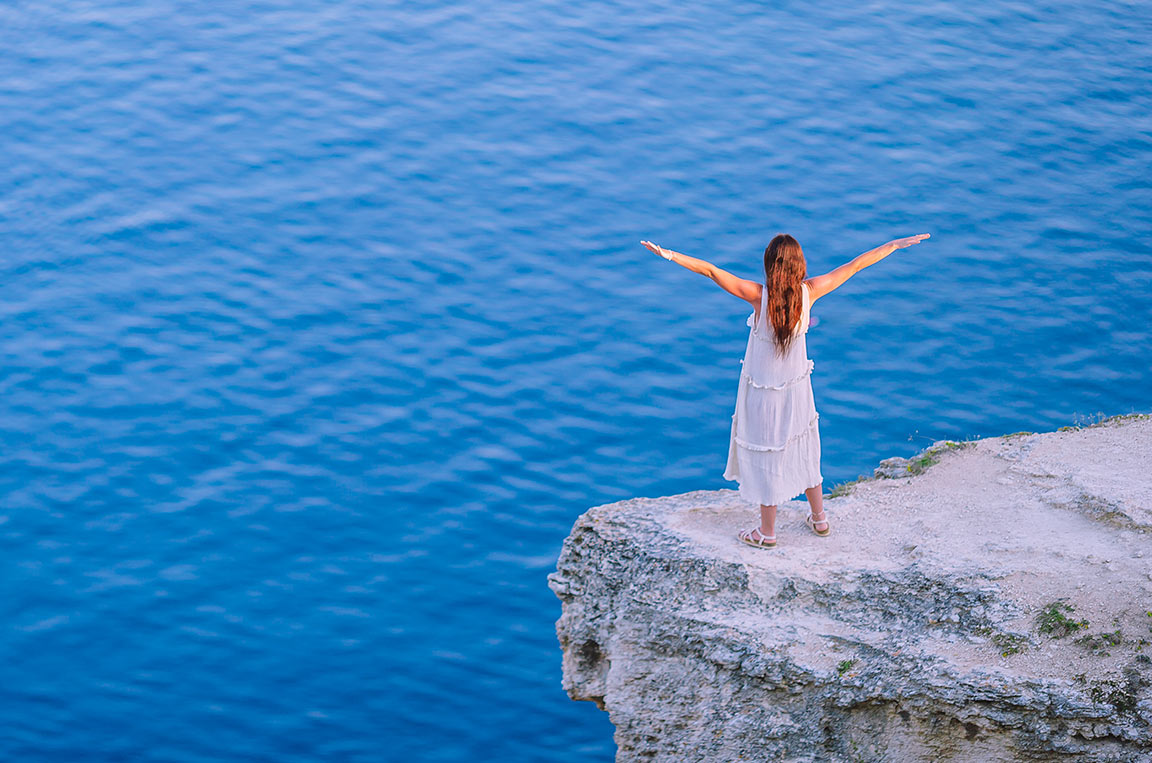 On The Edge of The Cliff

In a moment of clarity, there is a realization. When the opening comes, it is not that things are changing! Life is not suddenly wonderful and carefree; it is your perspective that is changing. The degree of ignorance can be broken into some levels that you might recognize in yourself:

First level is living from beliefs, this is the level most of people live on. On this level we live confined by beliefs. We do like what everyone else does.

In my first marriage, my mother-in-law always said, “It is just natural.” She was an ardent Catholic and believed with all of her heart, that actions taken from Catholic beliefs were the right actions. She never questioned the validity of her opinions. She believed that her believes were universal truth. Here you will find the fundamentalist of all religions.

The next level is, “The level of social contracts”. This is all about obligation. The most known contract is the marriage contract. The levels of believing, the first level, are like living in hell; other people are not seen as people really. They are seen as categories such as, “converts” or “heathens”. Social contracts are one step up from hell. Here we are living under the burden of all the contracts. Both those which are imposed on us and those we have agreed on. Most of these contracts are on an unconscious level.

The next level is “The level of the saint Ego”. This is the level where you have moved above the two others, but still visit them in a condemning way. You are scared of falling back into dependency. You are not free yet.

Being reactive is not freedom. Muhammed Ali is an example of this, he says “I am the greatest”, “I am beautiful” and he did not join the Vietnam War, because his thinking was that he was beyond such obligations.

On this level you might write books about right living. The whole New Age movement is on this level. You live in High Spiritual Beliefs and you are advising and teaching others. Go into a New Age Bookshop, and you will find all kinds of books about how to live and pursue your goals, how to be happy and so on.

Then there is, the level of despair. This is when the “world” you have build up around you, falls apart. Despair literally means: “down from hope”. All your borrowed beliefs are now cracking up. You can only rely on what you know for yourself, your own experiences. This is the dark night of the soul. The ego is still managing but very badly.

Werner Erhard (creator of EST) is reported to have said:

“Until you know that your life is utterly meaningless, you don’t know anything at all.” On this level we are really getting somewhere.”

And here comes, “The level of Suicidal Panic.” At this level one may kill oneself, or wake up!

When the opening comes, it is not that things are changing! Life is not suddenly wonderful and carefree; it is your perspective, which is changing. Awakening is a shift in perspective. In the ignorant state, you, the ego, the dream character, is the reference point. Everything is experienced from the personal perspective in time and space.

In a moment of clarity, there is a realization that I am consciousness itself, not limited by individuality and the two police officers, time and space. Things are the same, but you are not the same...

How do you know if you are Enlightened?