Nukunu was born in Denmark in 1947. He holds a Bachelor in Philosophy and a Master in Psychology. He has worked as a psychotherapist and given lectures on Gestalt, psychodrama, primal therapy, NLP and meditation for 30 years. Over that period of time he was a student of living teachers like Osho Rajneesh, Punjaji and and the teachers in Sacha Lineage tradition.

After a radical awakening experience in March 1995 his work gradually changed and became focused on transmitting the non-dual. This work is the most important in his Satsangs, courses and meditation retreats. Although he doesn’t belong to any religion or particular spiritual path, he uses what he likes in the different spiritual traditions.

About his own awakening he says:

I had been looking and searching here and there, often desperate for something. My heart was screaming for a fulfilment that was missing. I crossed many paths and I committed myself wholeheartedly everytime. I did what I could to a point where all efforts dropped away. I did not know what more to do. I did not decide to stop the effort! It is more right to say that it stopped by itself. I was just here and now, present, because the search had stopped.

One morning, on the balcony of a little guesthouse in Rishikesh, sipping my morning coffee, enjoying the beautiful Himalayan Mountains, the door opened by itself. Something happened that I could never have preconceived. In one split second I was totally uprooted, the person I used to rely on as my life and my center, was in that moment reduced to just a thought-form among other thoughts and for the first time I experienced a real contentment.

It was not an understanding, it was “innerstanding” everything. It was a shift in consciousness. A by-product of this shift was a gratitude beyond description to everything and everybody that I had come across, because I had a deep, unshakeable knowing that every situation and person that I had encountered so far in my life had been pieces in the jigsaw puzzle called Nukunu!

I cannot say for sure why this happened to me that day. Suddenly this discontinuity for no apparent reason. I would rather say that it happened because of the absence of a reason.

There was no effort, striving, desiring in the mind that morning, and that desirelessness was not a product of my activity, because if that had been the case, there would still have been an effort! It simply cannot be done, because the very doing prevents it. It is more like an involuntary let go!

The first year after this death and rebirth was Heaven and Hell. It was like walking on a razor´s edge. I learned to live as an “open hand” instead of a “fist”. The old mind knew nothing about real trust – total nakedness. It only knew hope and fear. The open hand is total unconditional trust. I experienced a falling back into the dual sense of separation whenever the mind, out of old habit, would grasp and reject.

On one level the old mind could still assert its power, on another level the shift had inevitably happened – there was no returning back.
My experience is that the awakening is happening from a very deep place, deeper than the conscious mind. Why do I say that? Because during that year I had dreams, that showed unshakeable doubtlessness even when the conscious mind was tormented by doubt.
The awakening is sudden, Enlightenment is gradual. Enlightenment is an endless sky. No beginning and no end. Enlightenment is incomparable because it is not “a thing”, it is not a something…

Still I totally agree with the old Zen-Patriarchs. In every breath I practise and cultivate. Why? Because Enlightenment is not some final product that “you can have”.

Meditate on this little story from India:

“A saltdoll went to the big ocean with the intention to measure its depth. Upon diving into the depth, the saltdoll slowly dissolved…”

What is my work in my Satsangs and retreats? It is to be a mirror, it is to ignite in the participants the wave of awakening that is already present, so to say, in everyone. It is a resonance effect. I am a bell ringing; if you hang out with people like me, your bell will also start ringing:

“Insecure is the dewdrop on the lotus leaf,
as insecure is the life of man.
Just one moment with a Sadhu (an awakened soul)
can bring you over the sea of life and death.” 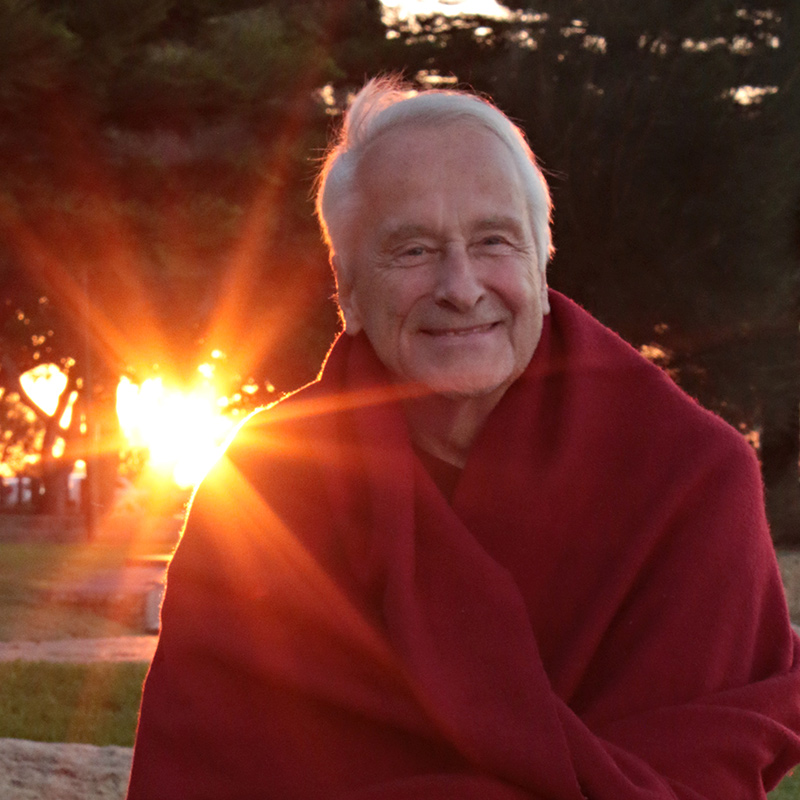